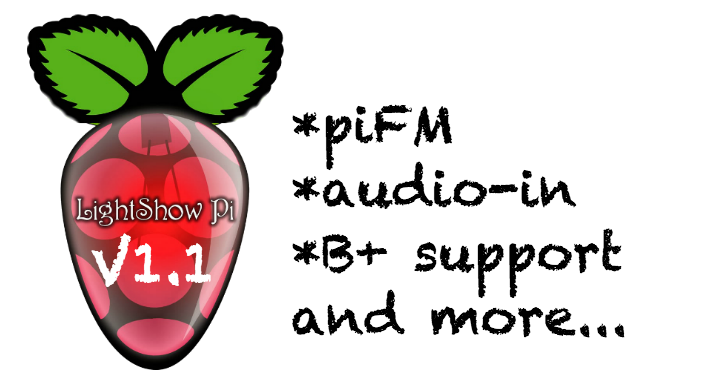 Version 1.1 of LightShow Pi has been released.  It contains the following changes that have been made over the past few months thanks to an AWESOME community!

As of this posting, all of the above changes are in the stable branch, which you can update using git with the following command from your install location:

There is also a Version 1.1 branch that will capture the current stable branch, while the stable branch will continue to be updated as new features are added and considered “stable”.

Thanks again for an awesome community!  Looking forward to all the light shows this December!

P.S.  I’ve pulled in the first version of Stephen Burning‘s awesome web ui – still testing things there, but you can take an early look if interested at the webui branch: